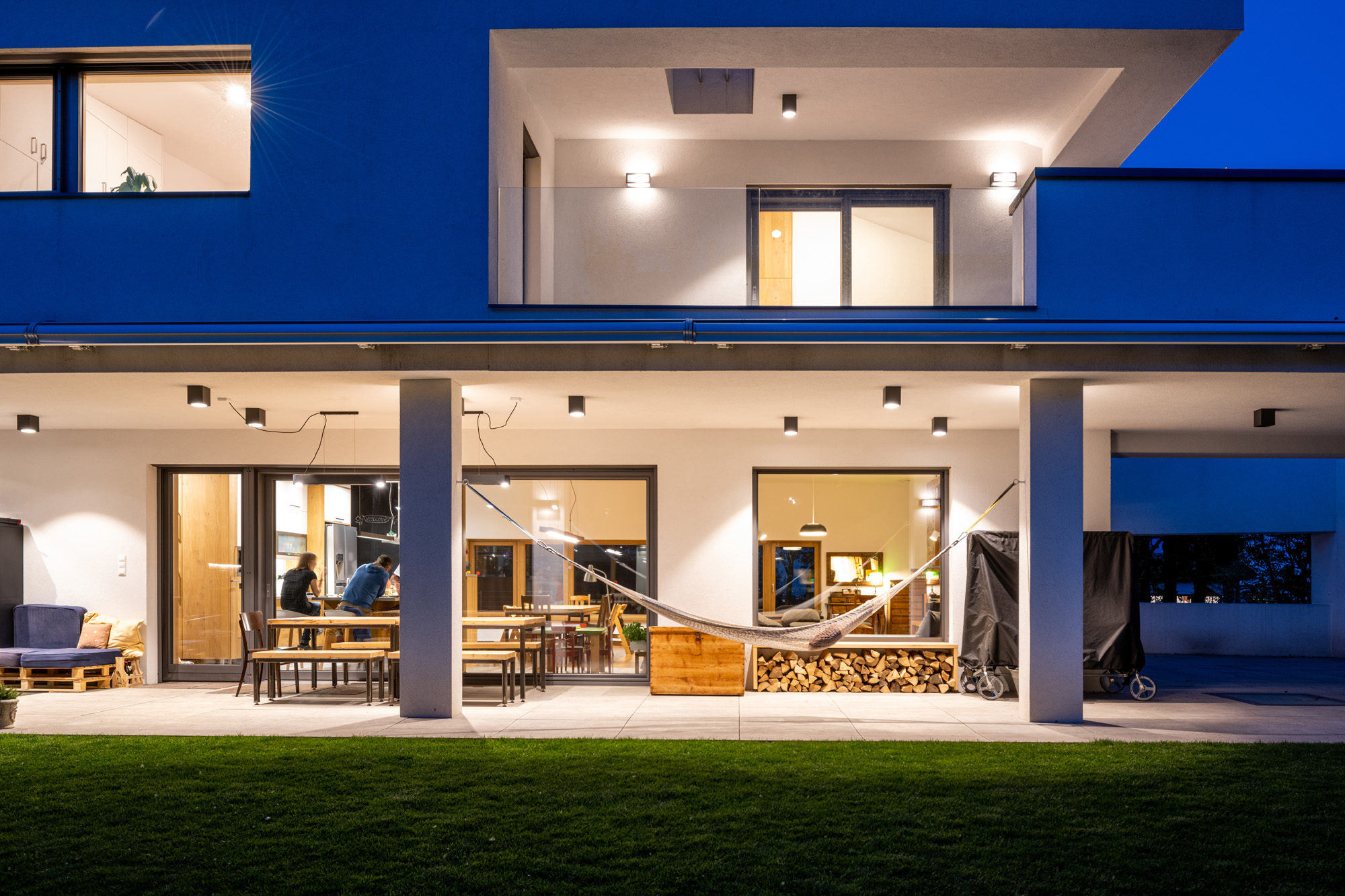 The hillside of Buda shows a heterogeneous overall picture, where the villa is somewhat hidden, yet it is formulated as an accentuated element in both the spiritual and visual sense. It rises above the slope at the same time and fits naturally into the terrain, and the concept of the whole building can be deciphered from this dual nature.

Its longitudinal mass stretches along the curve of the plot, and moving forward from the surrounding construction, it closes the set of free-standing buildings with two marked wings. Like a retaining wall or fortification: it resists the clutter of the hillside. It was as if gravity had attracted him to the bay of the plot — and with it the loose-textured block.
The composition of the longitudinal wing and a bastion-like element bisects the volume of the building. The proportions of the latter - and especially the curved corner formation - refer subtly to the design of modern villas, condominiums and family houses in Budapest. One prominent example of this is just across the street. The villa of Gyula Rimanóczy, built in 1936, was an important intellectual reference, the starting point for the creation of cultural continuity for Marcel Ferencz
.
Although the façade is more articulated towards the spacious, green garden, so the connection is more direct, the unfolding is not unique to the house. The wall is solid where it should be, a window opens where the interior of the house demands it - the designers have stepped back to the elegantly functional examples of Hungarian modernism and broke with the idea of transparency that has been prevalent for decades. The magic of light and insight is replaced by intimacy, mystery and a kind of protective atmosphere.

Opening the ground floor living room group splits both masses. It is like a “negative” space - it holds the two masses together with the same intensity as the bridging structure tensioning above it. A narrow slit extends towards the street as an inverse of the positive shape of this beam, which opens the wall forming the strict boundary line without losing its strength.
This characteristic, horizontal emphasis is broken down into further details by the upstairs terrace - the loggia - and its striking, cantilevered cover. Bypassing straight, structural edges dissolve the strict order that characterizes the house anyway. On the ground floor, the block of the guest room closes the opening of the façade. Its weight on the ground repeats in a positive way the bitten volume of the upstairs loggia.
The building body also accommodates the outdoor patio areas of the living space, lining up all the external and internal functions by connecting them between the two wings. The border towards the garden is a strict line, the edge of the terrace covering, which turns into the green area without any further details. At one point, a built-in element enters the surrounding terrain: on the street front, next to the northern staircase, an external garden staircase connects the house to the terrain - as an anchor.
An irregularity inherited from the shape of the plot, the curved corner formation, also displaced the shape of the roof from the strictly orthogonal geometry. The shapes of the terrain and the curved street are repeated in the roof landscape as the fine-pitched sheet metal-covered profile closes the crowd. Perhaps this is a gesture stemming from the same dagger as the proportions of structural thicknesses and wall surfaces: a protective, inclusive element that establishes a connection with tradition in a contemporary form.
Seemingly simple white house. Its beauty lies in the tiny geometric games and the broader, spatial and temporal contexts — and the way it is permissive with the life that takes place within it. It does not force its residents to use it “competently”, it does not create its value with spectacular but empty gestures, but serves as a home with self-conscious humility.
by Anett MIZSEI 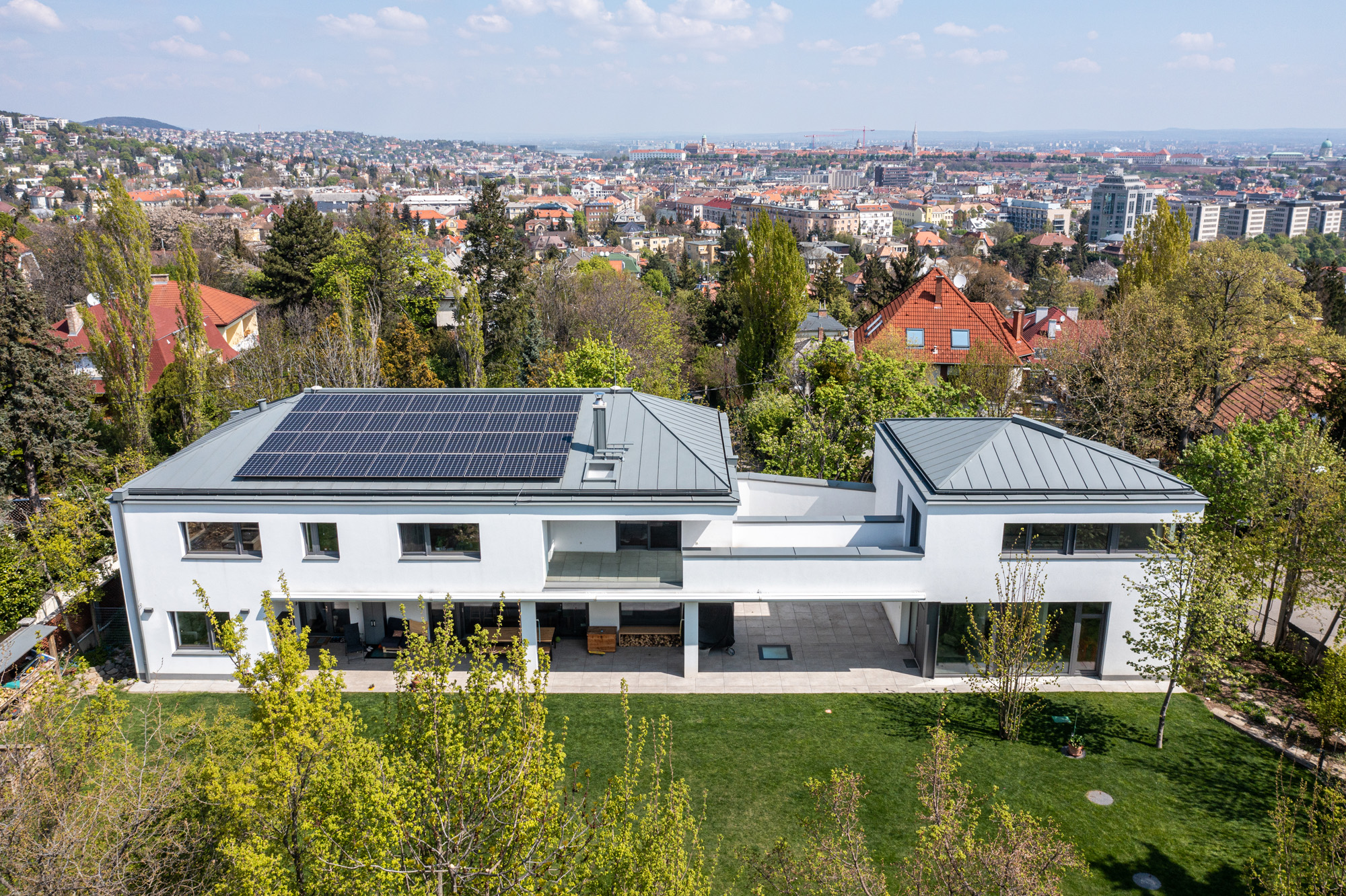 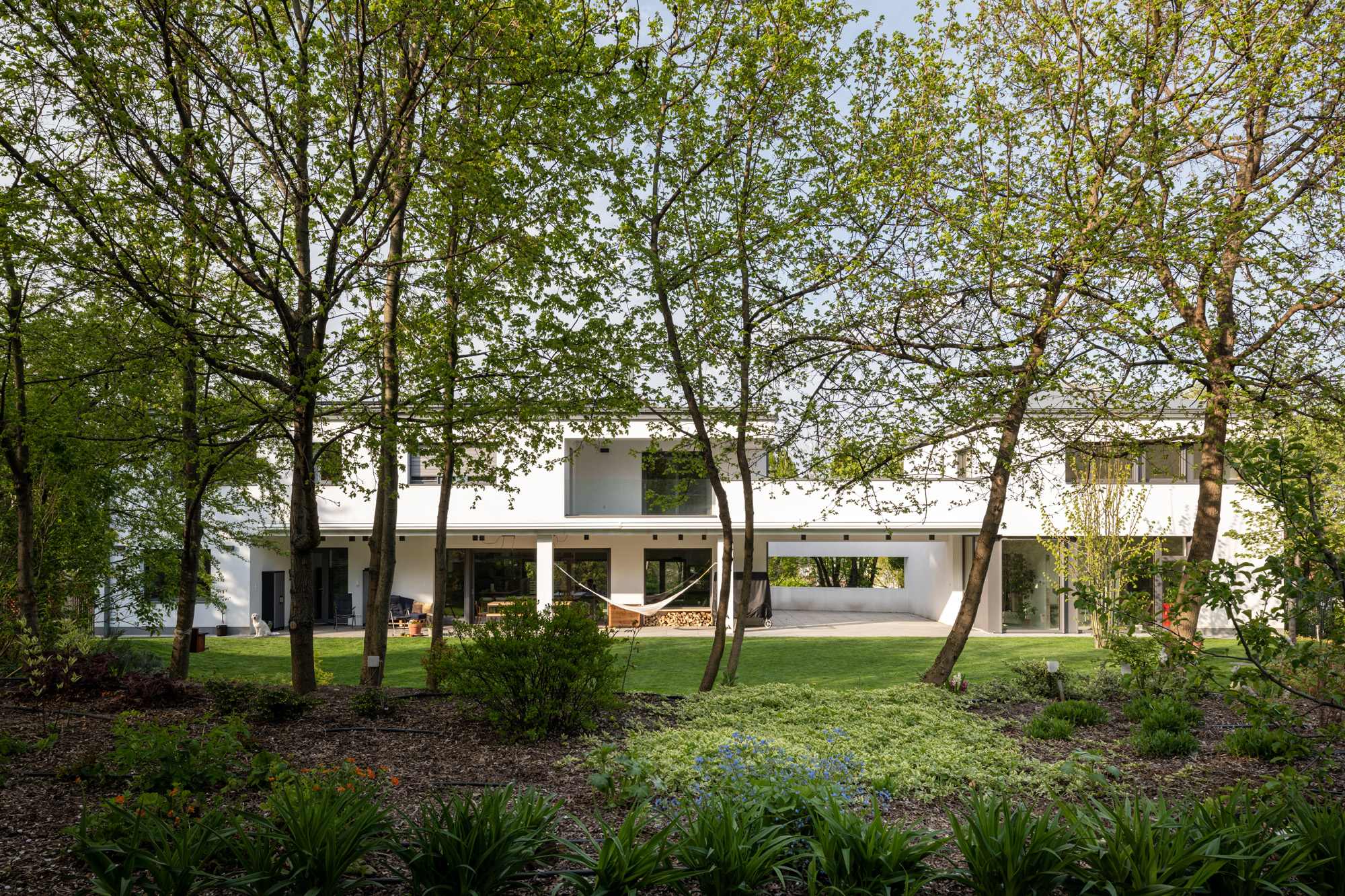 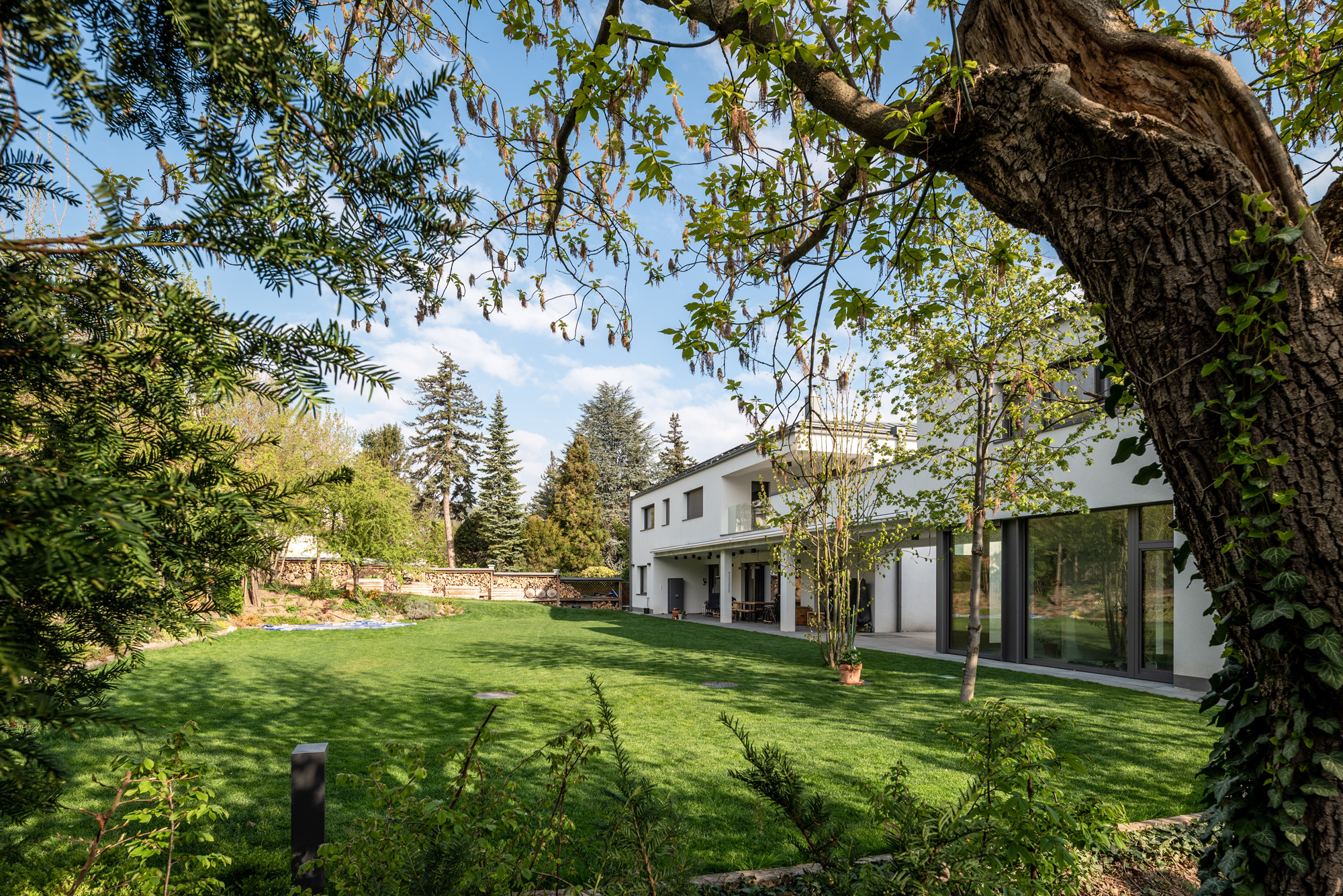 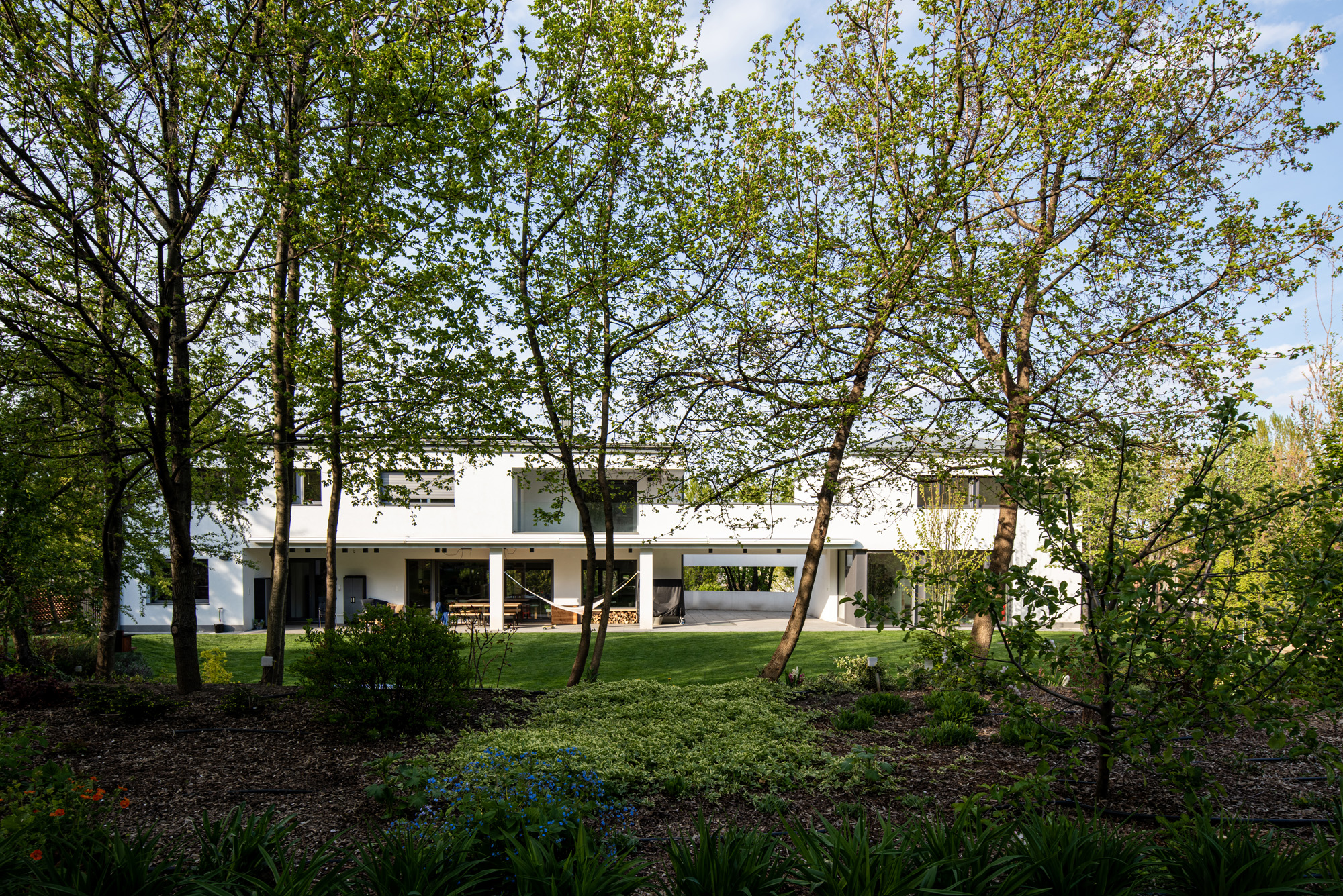 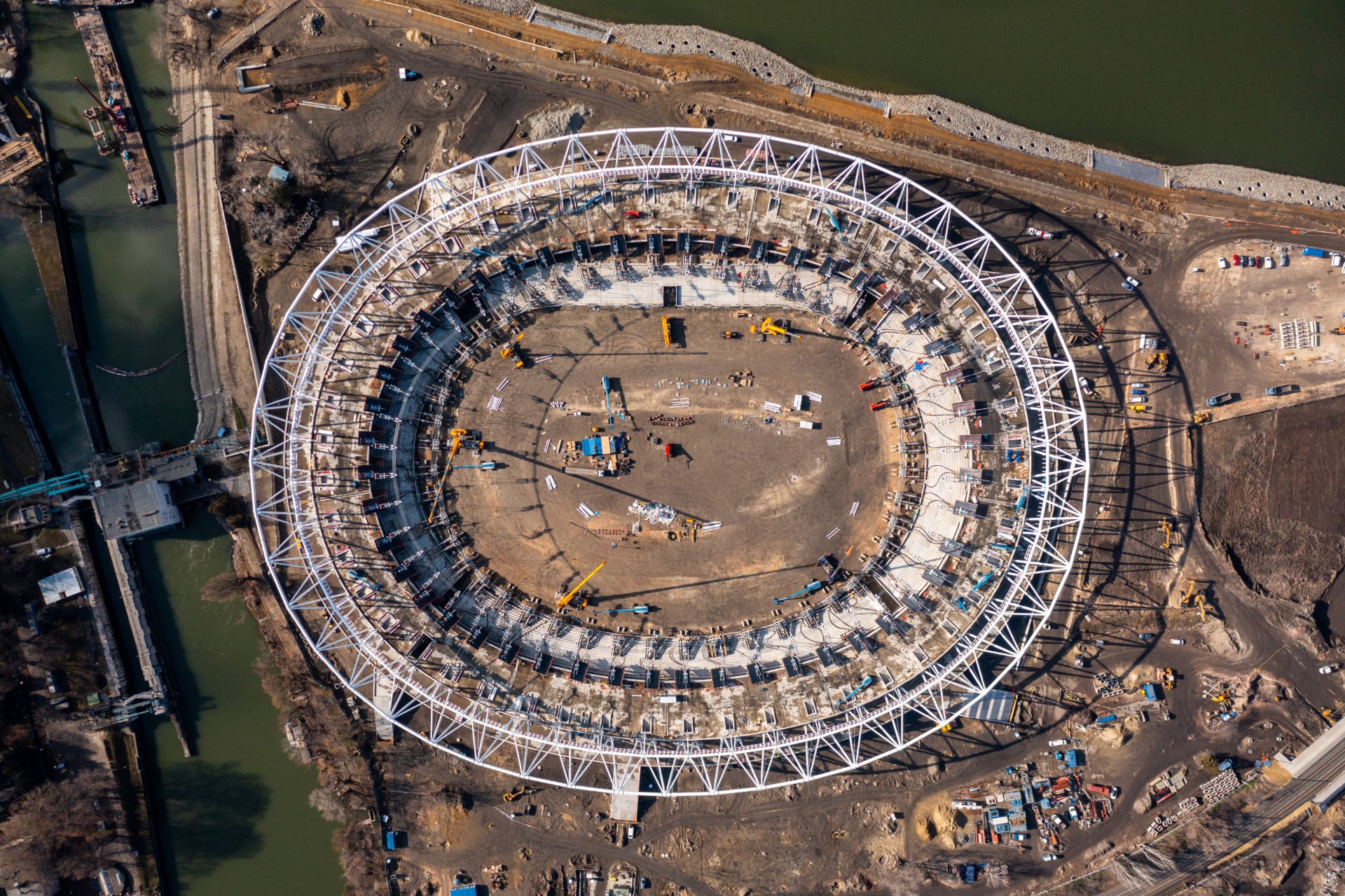 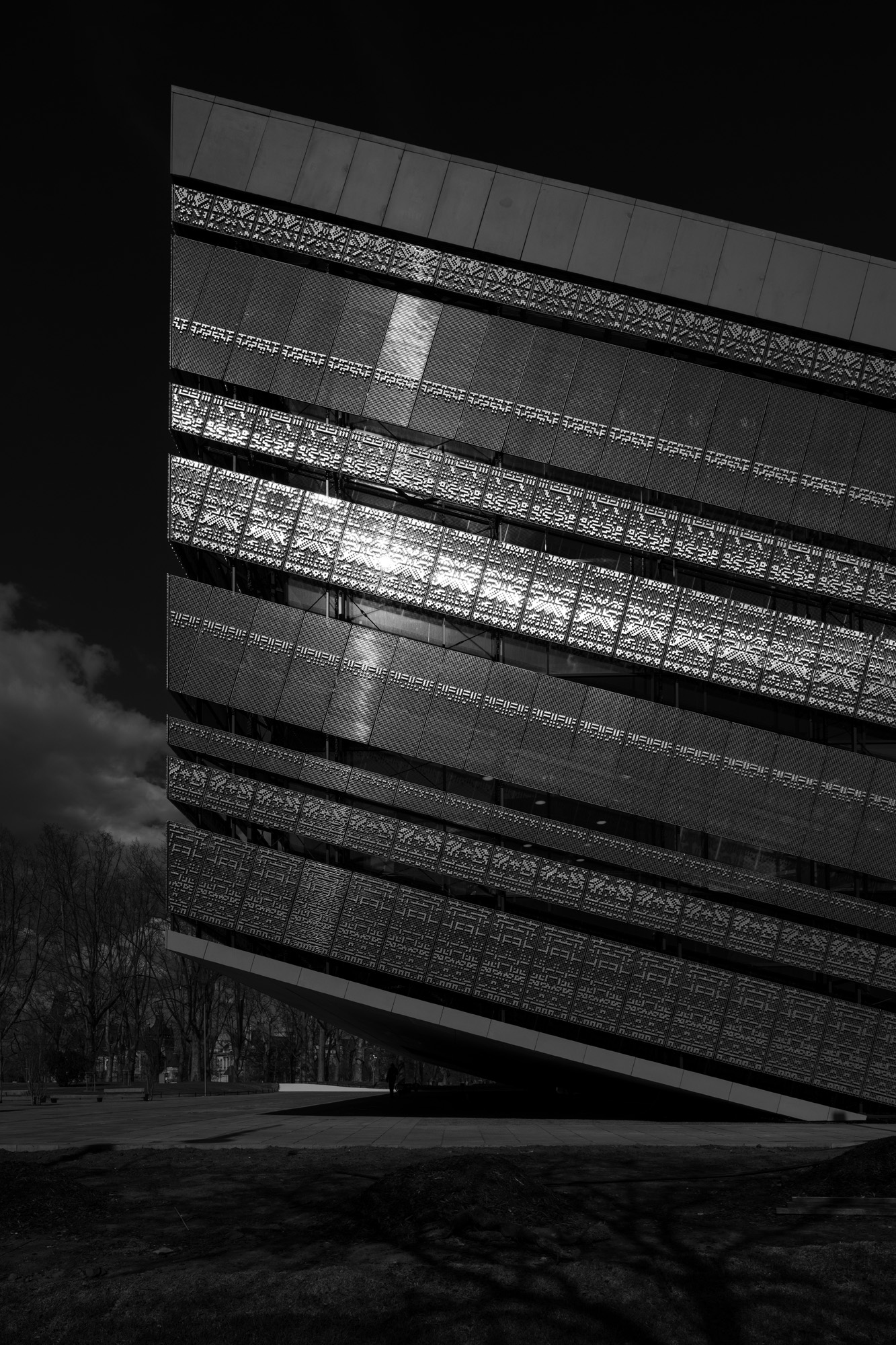 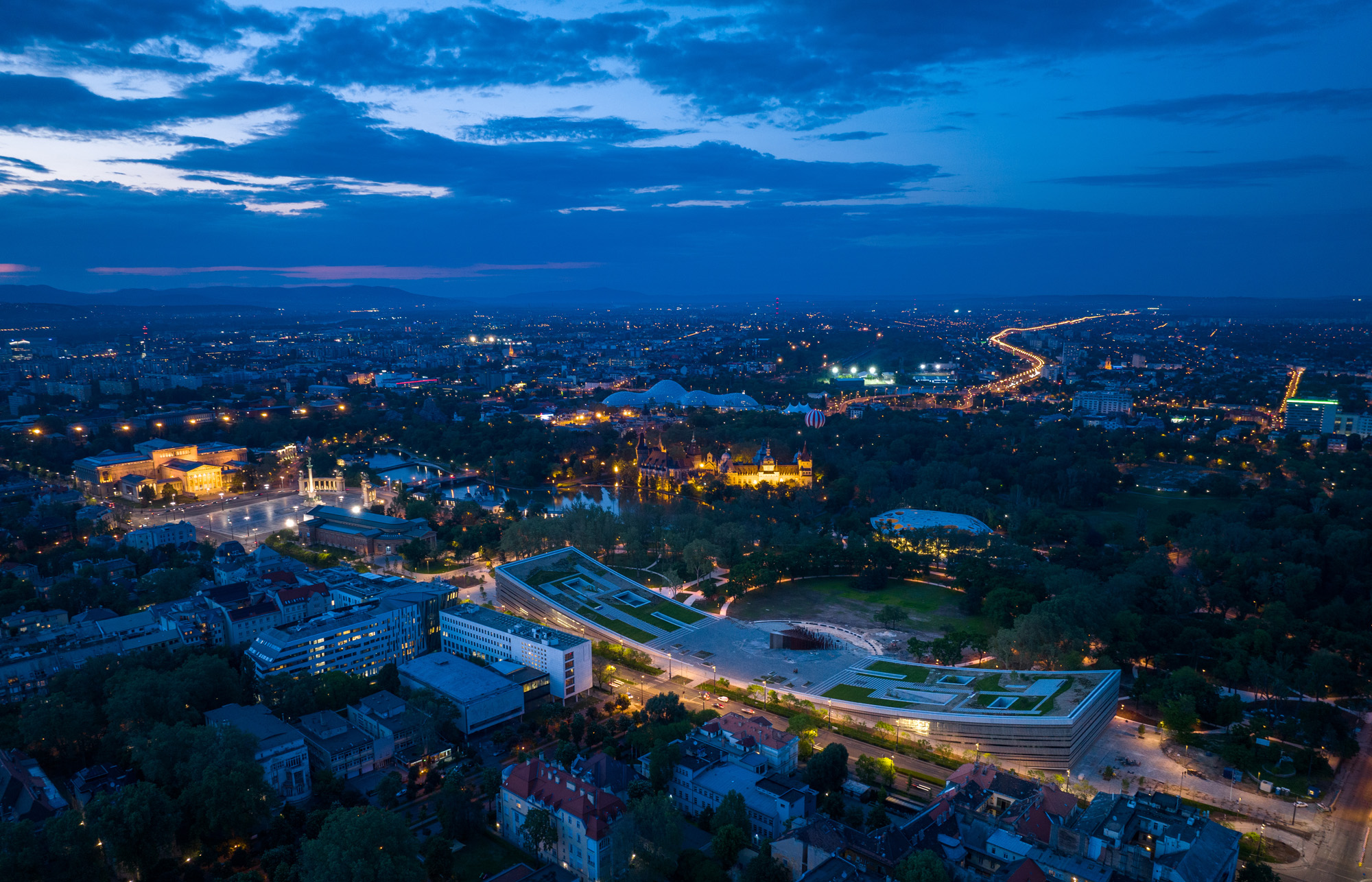