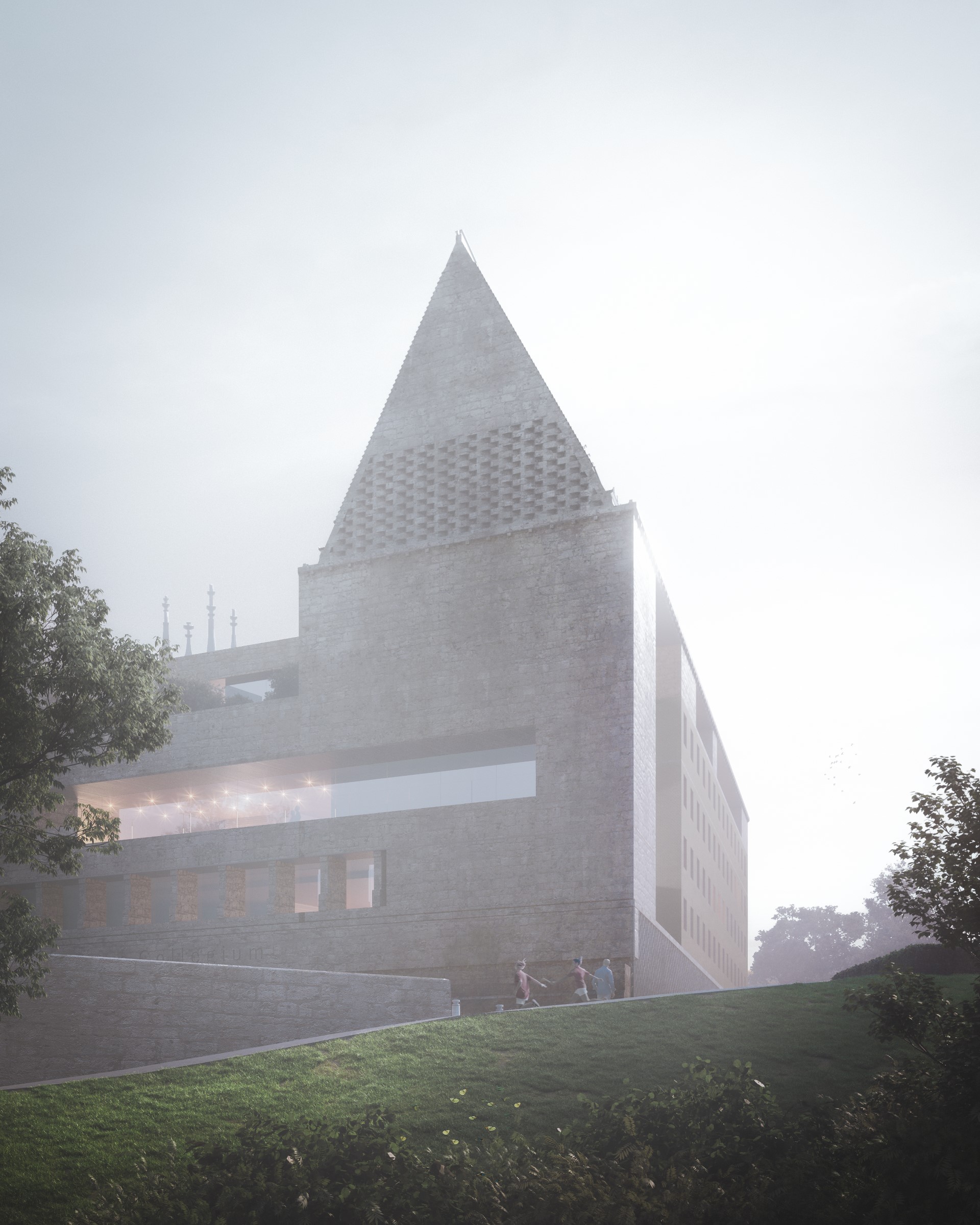 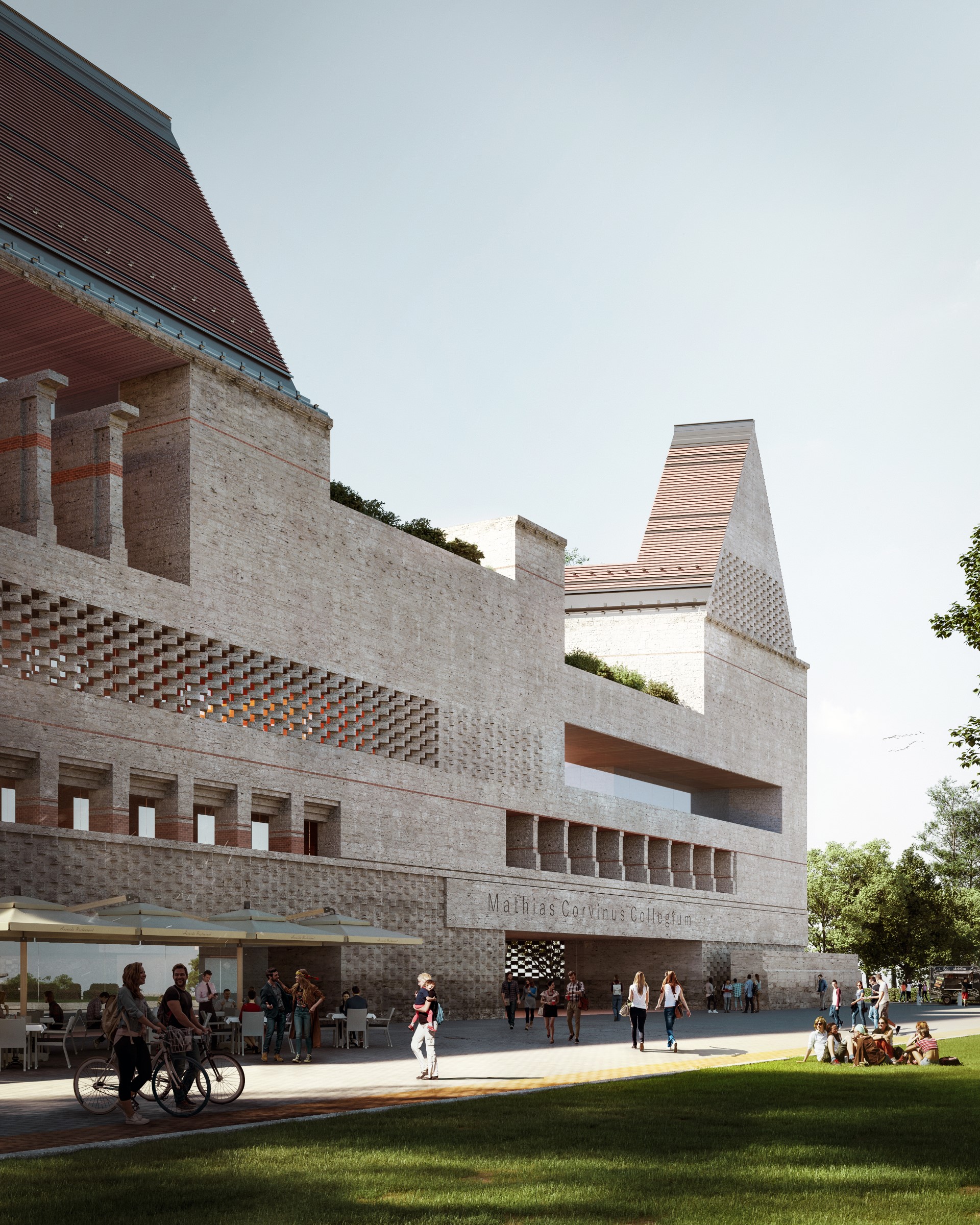 „Great example of contemporary architecture, in a forward-looking quality.”

The new building will become a great location for the multilayered talent nurturing and diversified professional programmes offered by Mathias Corvinus Collegium (MCC).

Considering the constraints of the functional and spatial use of the earlier headquoters, it was an outstandingly important aspect, that the new real estate should really serve the audience of MCC, and for this, one’s kind of innovative designer attitude needed, which is involved to understand the values represented by the institution, with its special functional and spatial requirements.

Beyond the functional and operational necessities, determining and extremly exciting architectural excercise is to address the designed spaces with an architectural treatment, which bears meaning well beyond itself.

The mission of MCC is that the new building will appear as a positive symbol for the whole of the rising Hungarian nation in the 21st century on the site of the former center of Workers’ Militia.

Also one of the main charasteristics of the plans of the new building, that as long as the existing building was a closed inclusion, a wound in the tissue of the city, during the design of the new building the main urban design aspect was, that it will open up to the surroundings, so simultaneously to the planning of the building there will be a new, smaller and a wider concept of refurbishment of the surrounding of public areas.

In this manner infront of the building there will be a newly constructed public park, enriched by historically significant water surface and spieces of trees, opened to every member of the neighbourhood, to provide a new possibility of leisure and to spend quality time with the community. 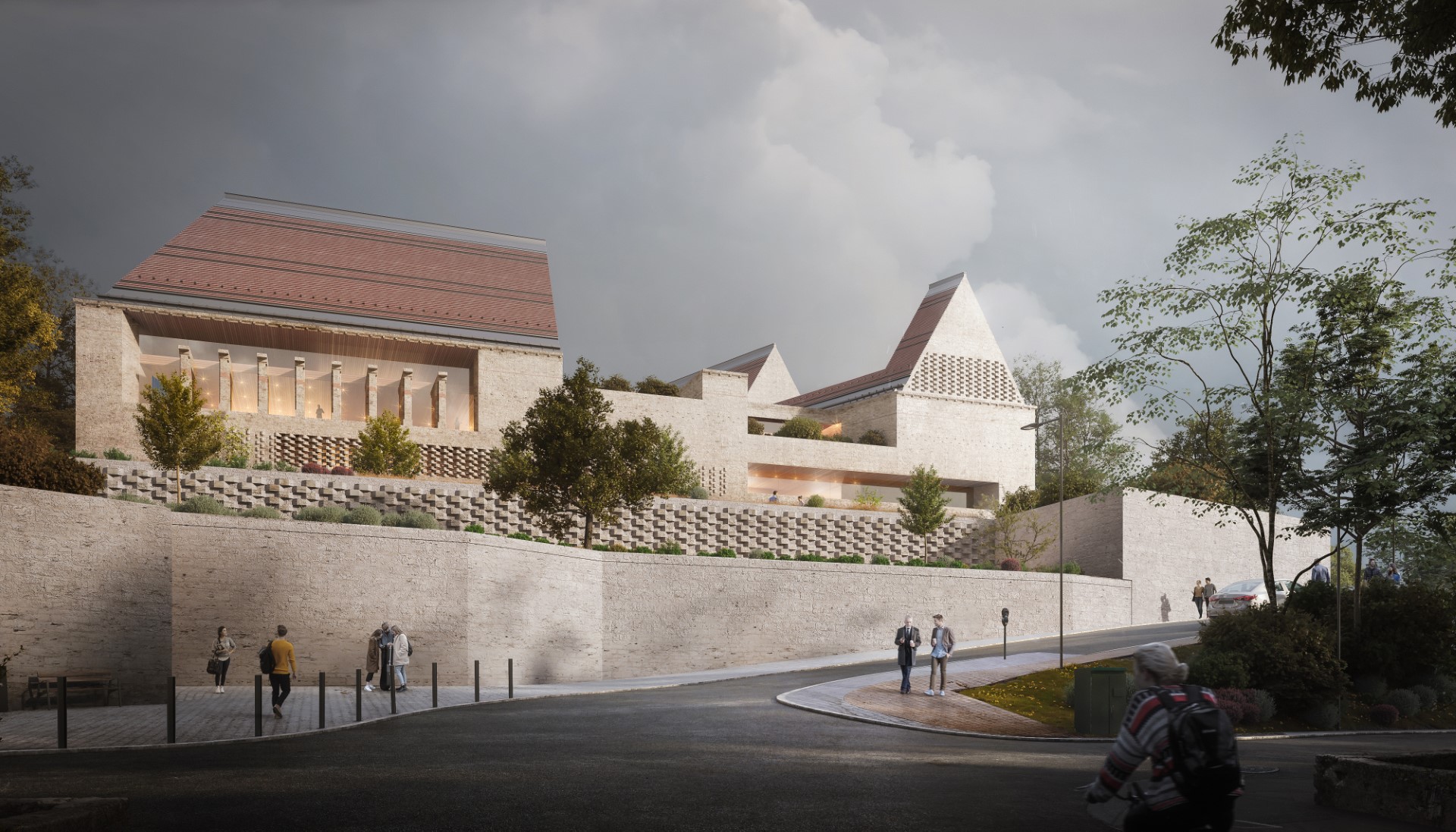 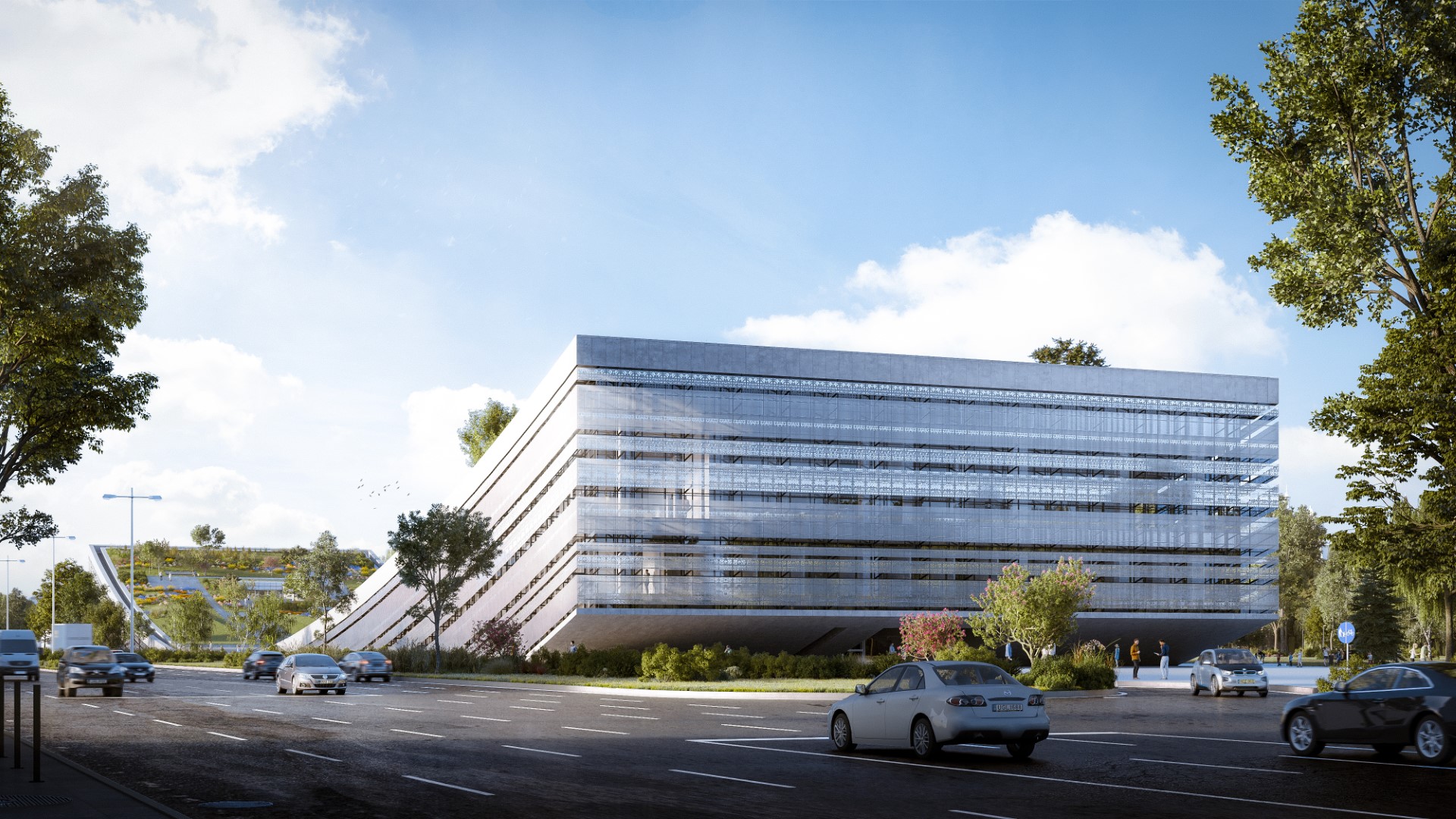 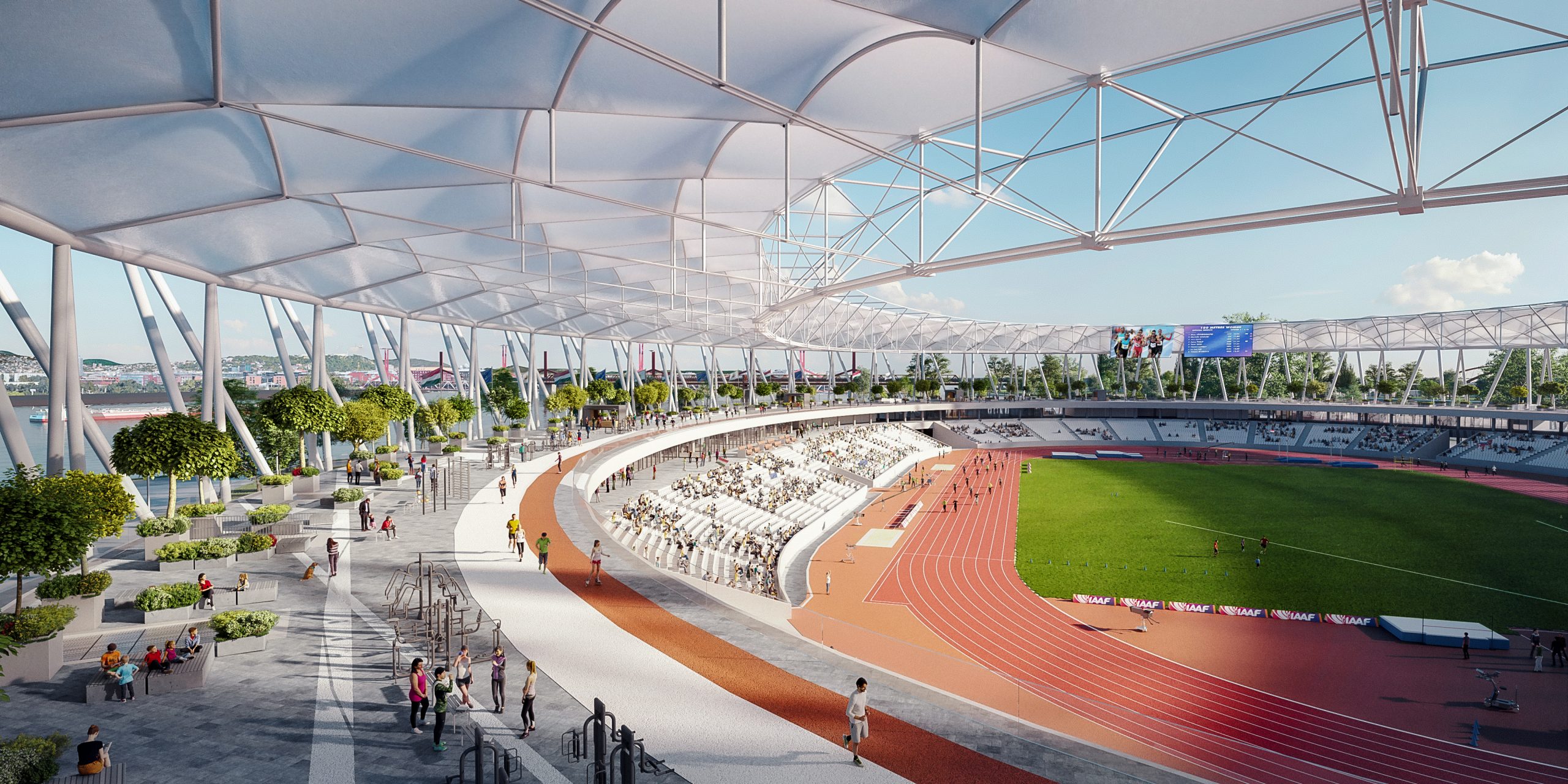